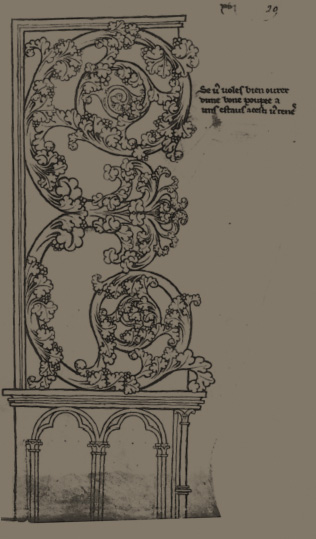 MAGISTRI CATALONIAE-Estudis culturals de la Mediterrània Medieval (s. XI-XV) is a research group (SGR-231) of the Universitat Autònoma de Barcelona in association with the Departament d'Art i Musicologia of the UAB. The main goal of this group is to study the work, the training, the learning and the organization of the painters (miniaturists and wood and mural painters), sculptors and architects through the laboratory analytical techniques.

In order to overtake an endemic situation in the Catalan art history, that is to say the lack of a systematic index of medieval artists and their workshops, this project is focused in the creation of the first digital index of Catalan artists Índex Magistri Cataloniae, in which are to be found such artists as Arnau Cadell, Raimon Lambard, Reinart de Fonoll, Ferrer Bassa, the Master of Baltimore, etc. As well, the project takes into account the topic of the artistic patronage, by studying some familiar characters as Oliba, Ermessenda, Mafalda of Apulia, Sant Ot, Jaume II or Elisenda of Montcada. So that, the research will embrace, definitely, the reconstruction of the artistic networks through the study of its main protagonists (artists, patrons and audiences) in a very concrete ambience: Catalonia, which has to be identified as a territory of exchange and influence within the Mediterranean. Although the Catalan artistic area is often identified with the current territory of Catalonia, it is not to be neglected the historical affiliation of the following territories: Northern Catalonia  (Roussillon and Cerdanya); the territories of the Crown of Aragon, with whom were established privileged relationships (Provence Maritime, Aragón, Valencia and the Kingdom of Naples); and some territories that provided narrow political, commercial and strategic alliances with the Western Mediterranean (Genoa, Pisa, Siena, Florence, Bologna and Rome) and with the Eastern Mediterranean boundaries (Greece, Constantinople, Cyprus, Holy Land, Coptic Egypt and Sinai), as well.